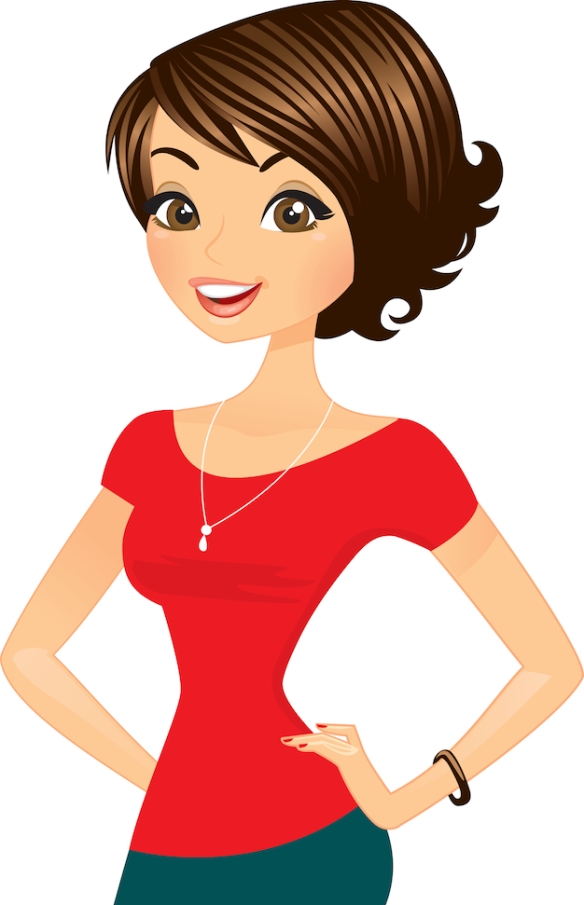 One of my friends (we’ll call her Hannah) has been slightly overweight all of her adult life. We never discussed it much as she never felt hindered by it, nor expressed desire to change it. Then, unexpectedly one day Hannah admitted to me that she had admired one woman in particular for nearly 20 years who was married to her husband’s colleague. Hannah almost-resentfully stared at the woman’s incredibly fit and slim figure at every work function. Then, at their most recent corporate gathering, Hannah was shocked to see that this same woman had gained some weight due to hormonal changes and major family problems causing her stress.

Hannah learned that this woman who Hannah had built up in her mind as having a very “easy life” – blessed with money and model-like genes – had spent the last 20 years in regimented self-discipline, following a healthy diet and strict work out schedule to avoid the actual genetic makeup of her overweight family. Hannah proceeded in a somber tone, confessing to me that she had spent an embarrassing amount of time judging and envying the woman as having an “easy” life. She confessed quietly, “I guess some women really do work for it.” She wrongly assumed the woman’s strong body and groomed appearance were as natural as the weather. She also wrongly assumed that money ensured happiness in their marriage.

My friend isn’t the only one who made a wrong assumption and believed the “lie of ease”.

If you have read my About Me page, you know I love watching QVC when I have time. Over the summer, I saw this stunning woman selling beauty cream. She was a vendor, not a QVC host. I was mesmerized by her beauty and really tuned in when she mentioned her age. I could not imagine that this woman was around my age when her figure was so slim and her skin so flawless. I stared at the kitchen television wondering what it must be like to have life “so easy”…a dream job, a spectacular face and body…

Then, I saw her again about a month later, pitching her products. In passing, she mentioned how having a regular routine was helping through a health struggle. Now, I was really intrigued about her age, children’s ages and this health issue. So, I googled her. To my deep sadness, I learned that she is battling a serious cancer diagnosis. She simply chooses to still pull herself together, do her hair and go to work, no matter how tired she is.

I was so angry with myself. I literally made a sweeping assumption that a woman who got a terrific job, who does extensive traveling and has the skin of a 25-year old must go home to chandeliers, servants and ease.

A little bit of effort on the outside tends to make onlookers (most but not all) think a woman’s “life must be easy” in all aspects.

Unlike when we were in our 20’s, effort is usually (for most women, not all) required just to reach “decent”. Why? Because by the time most of us are over 40, we’ve been through some stuff. We’re a bit worn out. We’ve cried a lot. We’ve grieved, been passed over, treated less-than and raised teenagers. Hormone changes begin, leaving sagging skin and soft muscles. Even mild effort is required just to feel decent, let alone look presentable.

This “making it look easy” goes beyond our appearance. People who also put in even a small amount of effort housekeeping, raising their kids, or volunteering, receive assumptions that they “have nothing else to do”. “If they can bake the brownies, they must not be that busy.” “Must be nice to have time to run the school fundraiser.” “Who has time to attend every one of Johnny’s games?” They too only have 24-hours in a day, they just decide to give up some Netflix to help out and support others.

I know better. The grass isn’t greener, it’s just different grass. It’s rare that I fall into assumptions any more, but occasionally I do. The truth is, when we admire something in someone else, there is usually considerable mental discipline and/or physical effort they are expending when we are not watching.

Excruciatingly few, if any, humans truly have it “easy”. 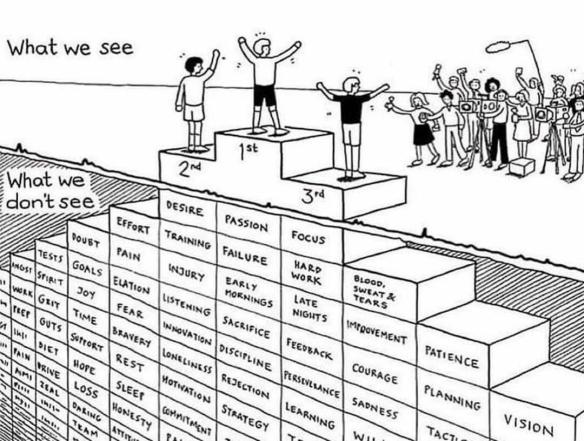 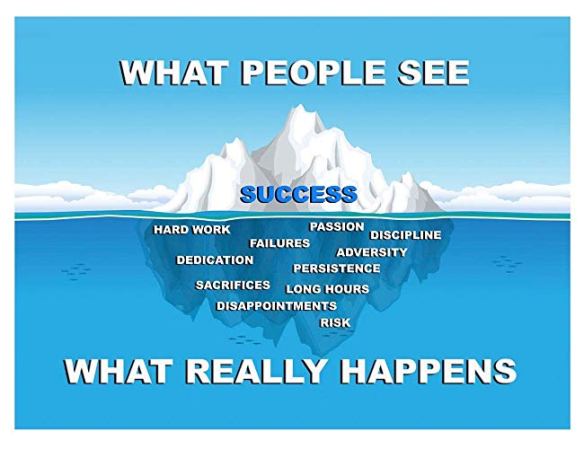 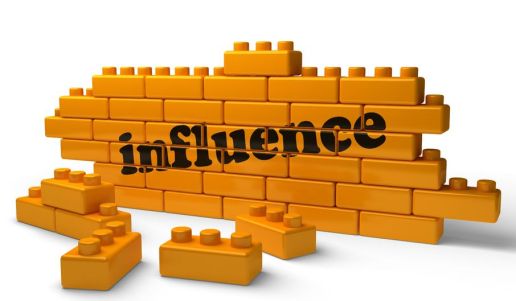 Shuffling into my kitchen with a pile of groceries, I was surprised to find my daughter’s friend standing by the counter after school.

I smiled at her, breathless from dragging in the bags. “Hi! It’s nice to see you! But, I thought you were grounded…?”

Hmmm. I wasn’t sure if that was good or bad.

“I thought you were grounded from everything.”

“My parents like it when I’m here. I’m never grounded from your house.”

My daughter and this dear friend had been buddies for three solid years. She called herself my fourth child, and insisted on placing her artwork in my dining room china cabinet next to my own kids’ artwork. During those years, we occasionally took her to church, arranged for her to go to church camp twice and she stayed overnight numerous times watching movies and just hanging out. I loved her spirit.

This friend grew from an adorable middle schooler in the 8th grade, to an increasingly restless sophomore in high school. Omitting the details, her choices made my daughter uncomfortable enough that eventually, they parted ways as friends, remaining occasional acquaintances. The friend leaving our school to attend another helped solidify that decision.

Recently, this lost friend sent two Twitter messages to my daughter after not speaking to her in nearly a year. One message read, ‘I saw a show about bunnies and was thinking about how we used to play with your pet bunny.’ The second message read, ‘Tell your Mom I sometimes pick up the bible she gave me and I do read it.’

What a moment. It was the truth that I tend to ignore, or find myself too busy to pay attention to: We affect the youth around us, whether the kids are in our life for three years or a single day.

I had forgotten about the brief conversations I had with this girl about faith, the importance of self-respect when dating guys, and so on. I definitely forgot that I handed her a bible one night.

My daughter reading the tweet made me think of the countless afternoons my kitchen is piled in with half the lacrosse team or field hockey team, coming over for quick one-hour snack and drink visits in between school ending and the 5pm games starting. While I expend effort to make sure the food is good and the music is on (these are high schoolers after all!), I am reminded that even the briefest words, the quick compliments, and gosh, sometimes just a smile is a gift to a teenager.

During the birthday parties, sleepovers, study groups and any other time kids are around the house, I will remember that God put these lives in my path. Even for those who might be in our family for a very short season, I must intentionally look at them, hear them and lift them up. 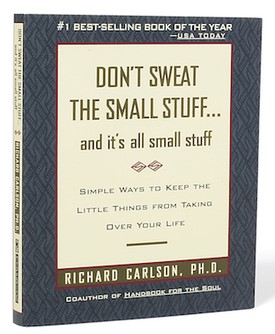 In the late 1990’s and early 2000’s when the “Don’t Sweat the Small Stuff: And It’s All Small Stuff” books were at the height of their popularity, I would read the title and wonder, “What about the Mom of twins who just found out that she has stage 4 cancer? Is that ‘small stuff’”? At the time, I knew of a distant family friend who was my age, had toddler twins like me, and discovered she would not see them grow up.

In defense of Richard Carlson’s point, I’m sure he wouldn’t have categorized life-threatening illnesses as ‘small stuff’, but such attitudes definitely make us take pause, don’t they? By ‘attitudes’ I simply mean those who minimize even the greatest tragedies and offer ill-timed advice such as, “Everything happens for a reason”. Ironically, those providing such wisdom have rarely (if ever) gone through “big stuff”.

If you read my post “The (UN)Enthusiastic Mom”, you know that I’m someone who attempts to clear the mental deck daily and keep myself focused on what’s good around me. The longer we live in this world, the more effort this takes. That said, there is serious “stuff” within my current circle of influence that is not “small” and should not receive a flippant “positive spin”.

For example, our friends just buried their mother who deteriorated daily for the last seven years from the dignity-depraving ravishment of Alzheimer’s. Other family members are desperate to save their son from his cyclical use of heroin, and all the stunning behavioral horrors that accompany such addiction. A friend of mine is suffering alongside her spouse as he battles the mysterious and unpredictable disease of depression. Another close friend is attempting to manage the social, parental, emotional, and geographical shock and fall-out of ending a 24-year marriage.

Ugly, sad life situations do not need a, “oh, it’s going to be fine” statement – at least not when people are in excruciating pain right before our eyes.  Certainly not when they are deeply struggling with the “whys?” in life.

Let’s not be the people or worse yet, the Christians, who offer what I term “Stupid Comfort”. It is not all “small” stuff and we dare not minimize another’s pain. When we just don’t have words, let’s be quiet by our friends’ sides, or honestly say, “There are no words to comfort you; I’m just here.” Romans 12:15. 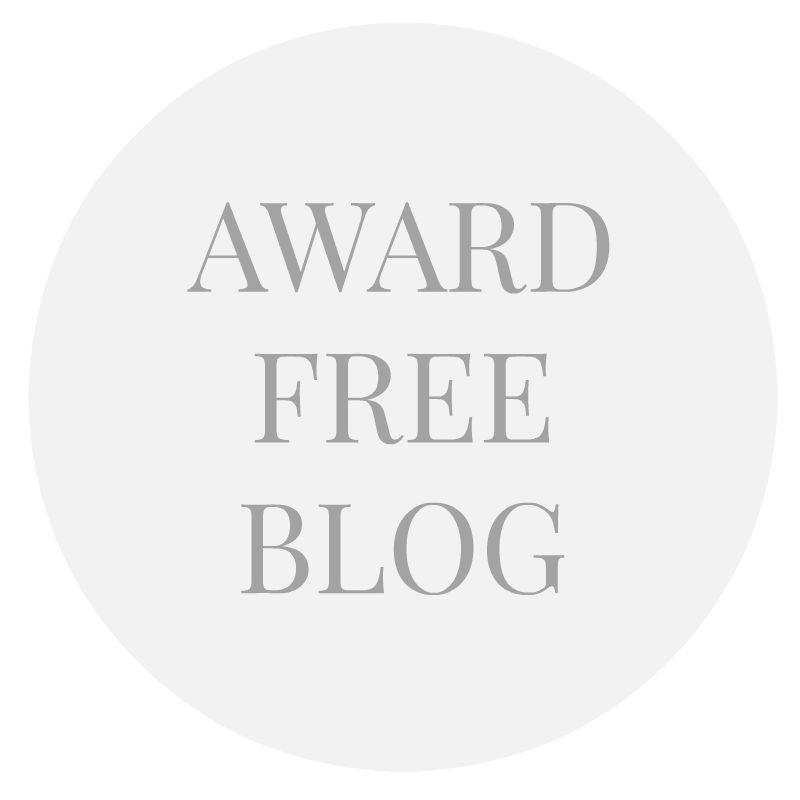 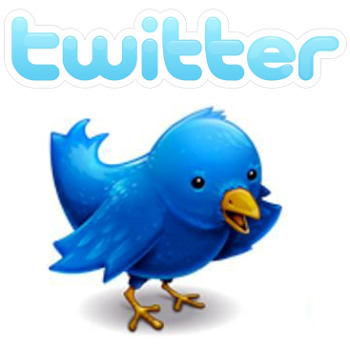