Mama, will you sleep with me? This request came from my 15-year old and sometimes is even asked by my 17-year olds. I said “yes” and I woke up to this :):

As I laid quietly, listening to the breathing of my girls, the birds chirping outside, the sun peeking through the blinds, I was overcome with the speed of it all. Harry Styles was “it” a year ago. She still likes him, but the “super” excitement over 1D has cooled slightly. I’m sure this will pick up again late this summer when we travel to see them in concert.

We’ve been at this house for six years. It was the beginning of middle school for my twins and 4th grade for my youngest, whose “wall” you see above. The girls share a room now, but in our last home, they each had their own themed rooms. For my youngest, Winnie the Pooh and the 100-acre wood ruled for 10 years.

For my oldest daughter, Belle from Beauty and Beast did, and still kind-of-sort-of still does hold a special place in her heart.

If you look deep in their closet, you can still see old costumes squashed in the back:

The inspiration behind a full-sized surf board in a home in New York State was back in 2011 when Bethany Hamilton’s story came to the big screen. My youngest loved (and still does) Bethany, her story, and above all, her positive attitude and faith in God. 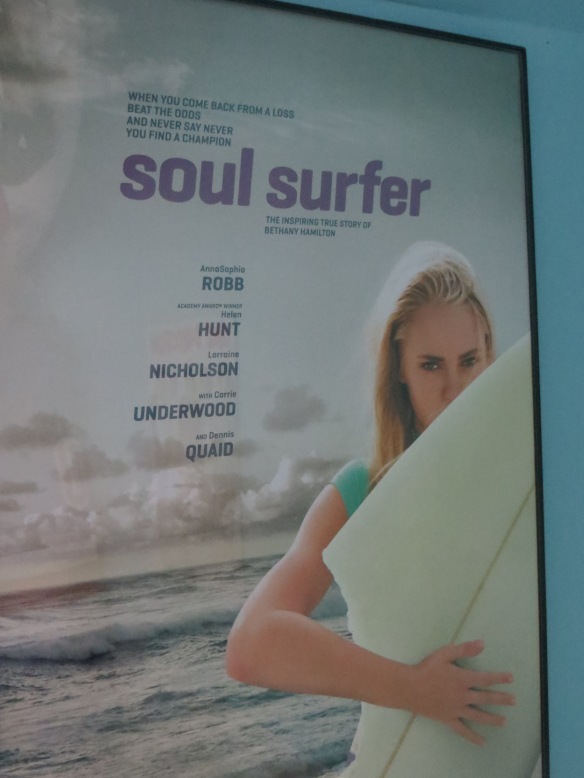 My daughter told everyone of her plan to save for that board, and surf someday. She did not stop talking about Bethany’s faith and resolved to save and surf. Within two years, my then 13-year old had accomplished both goals.

Winnie the Pooh is still a favorite on a few shelves, but no longer wall-worthy.

The “la la’s” that she was literally inseparable from until the 5th grade (9 years!), still remain on her bed, but not under her arm at night.

But, my oldest daughter can still be found nearly every morning clutching her “dollies” since the age of three.

While my girls have painted their room twice in six years and redecorated three times, my son’s room is not only exactly same, but when I’ve asked him a few times if he would like to update it, he says, “No!” Signed autographs, framed highlights, books filled with cards, sticks and piles of Hockey News fill his room. His love of hockey will be life-long. He’s also not much for change. 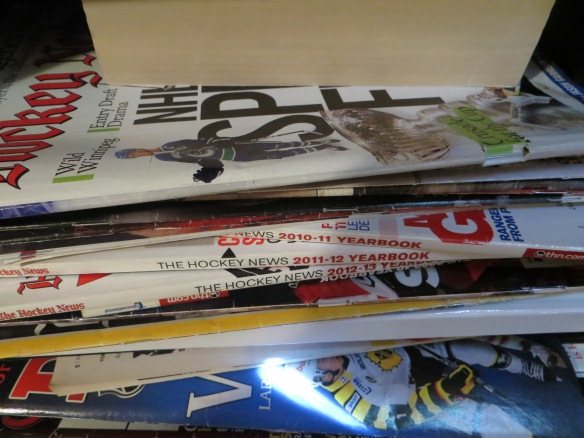 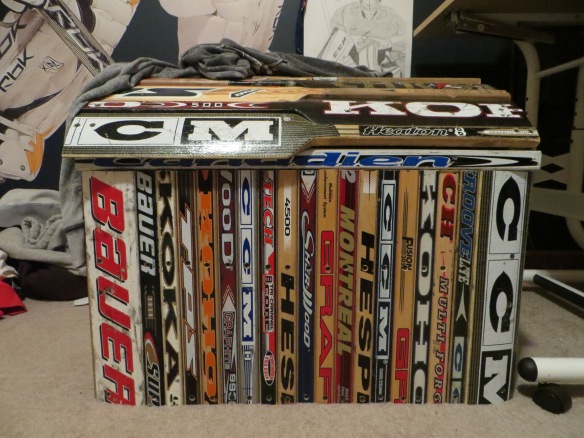 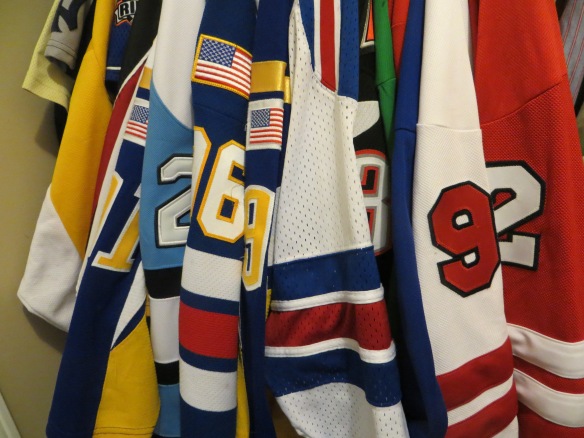 Every parent marvels at the passing of time. Penciling increasing height when they’re young morphs into part time jobs and driving cars, leaving little time to wonder about marking height on doorways anymore….

I was especially sentimental that morning, as I woke to the wall describing my baby girl, and her interests. Adding to the sentimentality, my oldest daughter would be on an international flight to Europe in 24 short hours.

I found their bedrooms last Sunday morning to be a place where old loves linger, new interests take center wall, and many trends change as they grow. There is history on those walls…on the shelves…stuffed in closets…much of the “material” things simply a reflection of where the heart was at the time.

They have to have fun, explore the world and enjoy what it offers. Their Mom must accept that what’s most meaningful might not have been reached for in weeks…

We hold on to the hope that while teenagers enjoy various interests and check out this spinning ball of rock for themselves, they will eventually gravitate back to their foundation.

Start children off on the way they should go, and even when they are old they will not turn from it. Prov 22:6

I take special notice of the word “old”. While some children seem to love the Lord with abandon, and their faith wanes little during the teen years, others begin to question and contemplate and absolutely need to be given space. Perhaps only then can they truly, eventually “live the life” instead of merely “going through the motions” of church.

The paint, photos, celebrities, interests…they will continue to change. No matter the speed of time, I have paid much, much closer attention in recent months (maybe because of One Thousand Gifts?), because I don’t want to miss anything.

I ask God to burn the memories into my brain, but just in case some fade, I thank Him for photography and the written word. And, for the written Word that is forever timeless.

22 thoughts on “The Bedrooms Tell the Passing of Time”